There are many changes our bodies endure as we age, from a gradual loss in mobility to lessened dexterity. Naturally, the mind also bears the effects of ageing, with a degree of brain shrinkage expected in all older people.

Not everyone will experience cognitive decline in the same way. A number of mentally active seniors are able to retain much of their intellectual acuity well into old age. But for the 342,800 Australians diagnosed with dementia, their minds will undergo the ageing process very differently.

These figures come to us from Alzheimer’s Australia, with the organisation also noting that dementia affects three in 10 people over the age of 85 and one  tenth of people aged over 65.

For those ageing with dementia, there is a range of assistive technology that allows clients to be more at ease in their own homes. While a connected care solution can support those who have already been diagnosed, new research is looking at how we can identify individuals with cognitive issues earlier, allowing them timely access to any help they may need.

A study recently published in the American Academy of Neurology’s (AAN) journal, Neurology, has examined the relation of cortisol (a stress hormone) levels in older people and cognitive issues such as dementia and depression.

The study’s 4,224 participants had an average age of 76 years, none of whom had dementia. When their saliva was tested for cortisol levels, it was found that people with higher levels of the stress hormone in the evening were more likely to have poor performance on memory and thinking tests.

“Studies have shown that depression increases the risk for dementia, but we don’t know much about how this relationship occurs,” said AAN member Dr Lenore J. Launer, from the National Institute on Ageing in Bethesda.

“High levels of the stress hormone cortisol have been found in people with depression, and the theory is that cortisol has a toxic effect on the hippocampus area of the brain, which plays an important role in memory.”

Follow up brain scans found that those with higher cortisol levels also had lower brain volumes, consistent with age-related atrophy.

Dr Launer continued that while the study focused in on a specific period of time, it isn’t possible to ascertain whether high cortisol levels preceded or followed a loss in brain volume.

Supporting people with dementia
May 4, 2015 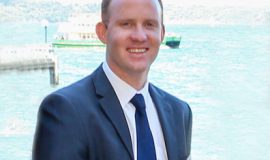